Showing posts from 2012
Show all

December 16, 2012
Many of you may have heard about the recent Dexter Malware that has infiltrated POS systems worldwide.  In case you haven't, here is a  link  for more information about it. The good news is it cannot infect your Mac as it is only on other platforms.  Nor can it intervene in  MacPOS credit card processing as it employs Triple DES encryption of sensitive card information that prevents thieves from skimming that from your POS system. An excerpt from securitywatch.pcmag.com : Encryption As Defense  If the data collected by the PoS software had been encrypted, Dexter would not have been able to do anything with the stolen data. If the business had encrypted the data from the moment it was captured, either by swiping the card's magnetic data or paid in cash. Even encrypted, the format and integrity is retained, so the software can still access the data without any problems.  As far as the attacker is concerned, there's nothing of value to steal. "Dexter would ge
Read more

Scene To Believe will be using MacPOS Pro in 167 locations throughout Australia, New Zealand and Singapore this Christmas season. This is their 4th season of using MacPOS for tracking sales information and uploading the day's sales totals, payments and stock quantities to headquarters. Visit them this season in your favorite Mall and have your children's pictures taken with Santa Claus.
Read more 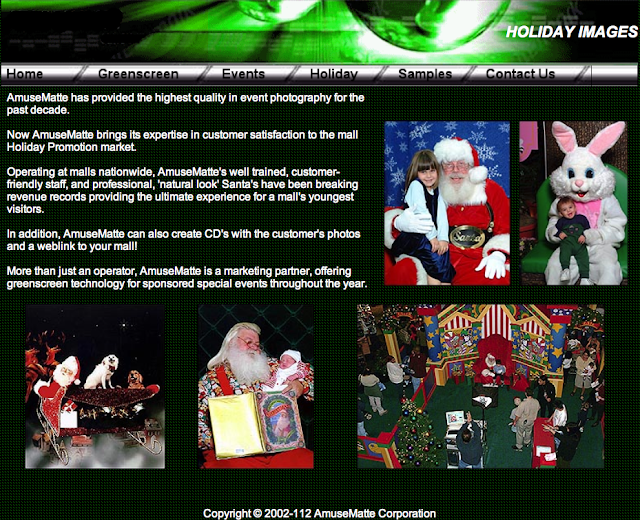 AmuseMatte is starting their 2nd season with MacPOS Pro for tracking sales in their digital event photography business. With 37 locations in the US, they collect data from each location and correlate the totals into a single report that management can access via a secure web page.
Read more

MacPOS  utilizes the MagTek line of encrypted credit card readers for processing authorizations and keeping your customer's information safe. There is no possible chance of keyloggers or unscrupulous employees stealing or harvesting credit card numbers from these secure devices. MagTek Encrypted Readers For customers that want both security and ease of use , the Dynamag Secure Card Reader Authenticator (SCRA) is MagneSafe™ secured and offers a reliable and convenient swipe path with complete security features for the peace of mind you can trust. Specifically designed to meet PCI DSS requirements to secure cardholder data, the Dynamag employs the industry standard, Triple DES encryption. The Dynamag is USB powered. This bi-directional SCRA conveniently makes any existing merchant application more secure. The Dynamag enables retailers to “future proof” their POS applications with support for both today’s traditional applications and tomorrow’s advanced security require
Read more

May 01, 2012
Are you tired of paying for PCI-DSS compliance? Annoyed by filling out forms and answering questions you don't understand? Use MacPOS with Mercury Payments and bypass all of that rigamarole. Mercury Payments provides the most secure method of processing your credit card payments with encrypted readers, eliminating the possibility of card skimming or exposing your customer's private information. See this video for more information.
Read more

The discussion about the prevalent use of clear text mag card readers for credit cards came up recently with one of our customers. We talked about how their Mac could be used as a credit card skimmer by unscrupulous employees or a trojan key-logger that would record every keystroke entered into the Mac. If you are still using them with your credit card processing application, you need to seriously consider upgrading to a processor which uses a secure solution. Let us show you why. Using a clear text card reader like the  EasyMag card reader  attached to your Mac via a USB cable, it is very easy to skim a credit card.  The information could then be sent to anyone, anywhere via an email or web browser.  It uses the keyboard interface to your Mac to pass the card information.  It is as though you typed the information in.  The computer or MacPOS does not know the difference. If you have one of these types of readers and have not discovered the serious security issue, follow
Read more

Here is the perfect solution to replacing that cash register and putting your Mac at the point-of-sale in your business. In the bundle, you get MacPOS Lite software, Star TSP143 receipt printer and a quality MS cash drawer for less than our competitor's software alone. $ 499 plus shipping Purchase here
Read more

MacPOS Lite i s the perfect answer to automating your point-of-sale management and replacing that old cash register.  The following features found in the Pro and Standard versions are not available in the Lite : Bar code label printing -  Security Features -  Credit and Gift card authorization -  Time Clock -  Layout Editor -  Item Component and Choice selections -  Automatic Price Updating Compare MacPOS Lite to the other versions. Update to any other version of MacPOS easily and quickly to gain all of the features you need for point-of-sale order management.
Read more

MacPOS Café is now available in a single user version priced at $499, slashing the price by $100. Each additional POS station requires a client license priced at $99.
Read more

February 26, 2012
An updated trial of MacPOS Café has been posted. This version is compatible with OS X 10.7 Lion and Intel Macs. If you need a PPC version please contact us. Download the  MacPOS Café  trial and take it for a test drive. We are sure you will like the new changes and significantly improved speed.
Read more

February 17, 2012
After receiving several requests for a PowerPC version of MacPOS v2012, we decided to add it back to our product offerings. So those of you still using MacPOSX on PowerPC, still clutching to those G4s and G5s, this will give your Mac a few more years before you need to buy a new one.
Read more
More posts